You are here: Home / Alumni

“The shepherd cannot run at the first sign of danger.” 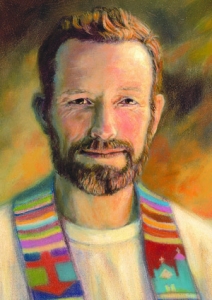 Fr. Stanley Rother was true to his word. He did not run. And was martyred at the age of 46.

Fr. Stanley arrived in Guatemala in 1968, and immediately identified with his parishioners’ simple, farming lifestyle. He learned their languages, prepared them for the Sacraments, and cared for their needs. Fr. Stanley, or “Padre Francisco” as he was called by his beloved Tz’utujil Indians, had found his heart’s calling.

After nearly a decade, the violence of the Guatemalan civil war found its way into the peaceful village. Disappearances, killings, and danger became daily occurrences, but despite this unrest Fr. Stanley remained hard at work, building a farmer’s co-op, a school, a hospital, and the first Catholic radio station, used for catechesis.

In early 1981, his name was on a death list, so he returned to Oklahoma and was warned not to return. But he could not abandon his people, so he went back, and made the ultimate sacrifice for his faith.

“Pray for us that we may be a sign of the love of Christ for our people,” said Fr. Stanley, “that our presence among them will fortify them to endure these sufferings in preparation for the coming of the Kingdom.”